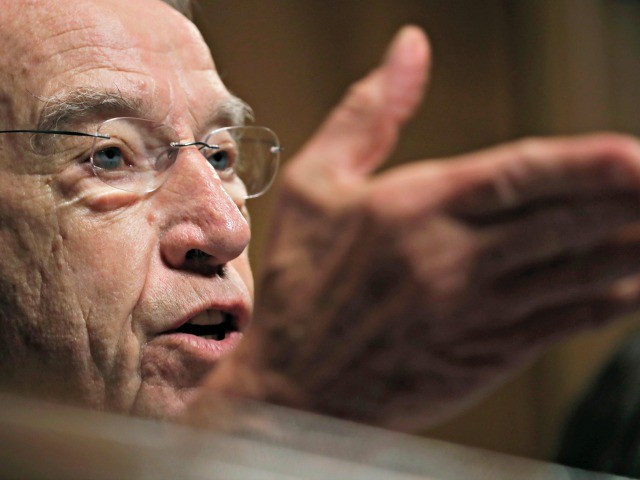 White House Press Secretary Jen Psaki on Friday was asked if Joe Biden has a comment on the ongoing Antifa violence that erupted in Portland and Seattle on inauguration day.
Psaki was caught off guard after CBS reporter Ed O’Keefe asked a real question so she stuttered her way through a non-answer: “um, uh, um, ummm”

Matt Schlapp Was Paid $750,000 to Secure a Pardon For Someone and Didn’t Come Through 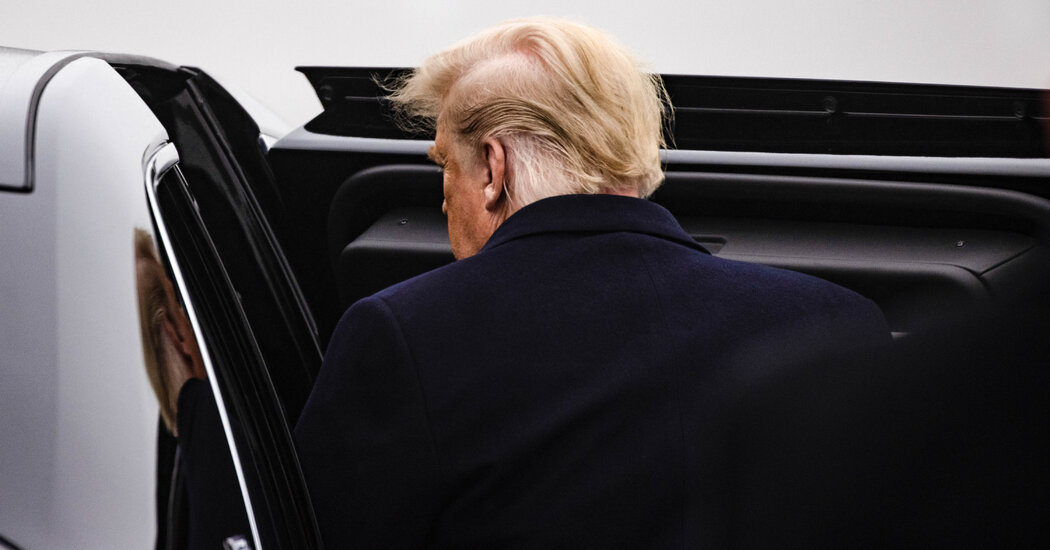 The president’s allies have collected tens of thousands of dollars — and potentially much more — from people seeking pardons.

Governor DeSantis: They’re soldiers. They’re not Nancy Pelosi’s servants. And this comes on the backend of them trying to investigate the backgrounds of our guardsmen. In Florida, we did not let them go into their political beliefs. I thought that was totally inappropriate. I thought that was disrespectful for people who are clearly patriots. So this is a half-cocked mission at this point. 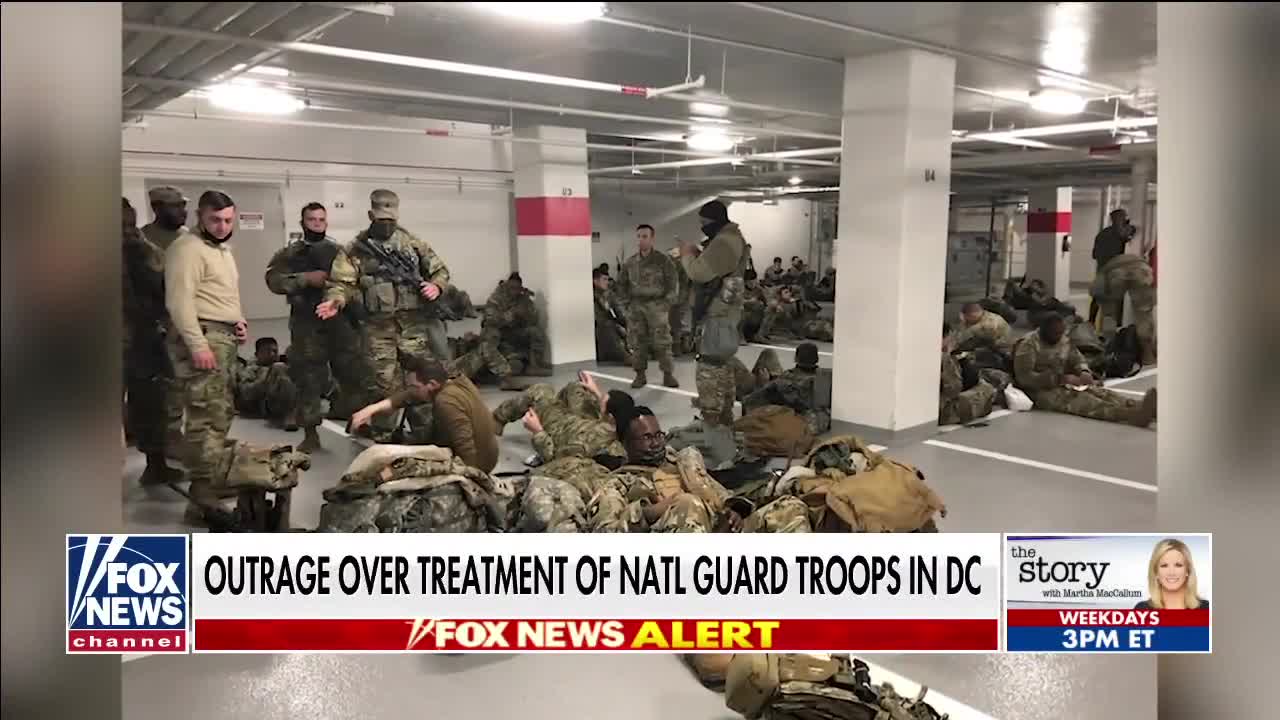 Gov. DeSantis orders National Guard to come back home to Florida after they were seen sleeping in parking garages in DC.

In October Biden attacked Trump for his handling of the China virus.
Biden bragged about “having a plan” to combat the China Coronavirus.

We’re eight months into this pandemic, and Donald Trump still doesn’t have a plan to get this virus under control.
I do.
— Joe Biden (@JoeBiden) October 16, 2020
Kliko për ta zgjeruar

On Friday Joe Biden admitted there is nothing he can do to change the trajectory of the pandemic in the next several months.

What happened to his magical plan to crush the China virus right away?

This is how President Trump treats our law enforcement and military. President Trump has made more than 20,000 false or misleading claims

It took President Trump 827 days to top 10,000 false and misleading claims in The Fact Checker’s database, an average of 12 claims a day.
But on July 9, just 440 days later, the president crossed the 20,000 mark — an average of 23 claims a day over a 14-month period, which included the events leading up to Trump’s impeachment trial, the worldwide pandemic that crashed the economy and the eruption of protests over the death of George Floyd in police custody.

The coronavirus pandemic has spawned a whole new genre of Trump’s falsehoods. The category in just a few months has reached nearly 1,000 claims, more than his tax claims combined. Trump’s false or misleading claims about the impeachment investigation — and the events surrounding it — contributed almost 1,200 entries to the database.

The notion that Trump would exceed 20,000 claims before he finished his term appeared ludicrous when The Fact Checker started this project during the president’s first 100 days in office. In that time, Trump averaged fewer than five claims a day, which would have added up to about 7,000 claims in a four-year presidential term. But the tsunami of untruths just keeps looming larger and larger.
AD

As of July 9, the tally in our database stands at 20,055 claims in 1,267 days.
Just as when Trump crossed the 10,000 threshold, an interview with Sean Hannity of Fox News helped Trump breach the 20,000 mark. Trump racked up 62 claims on July 9, about half of which came during the Hannity interview: Trump’s statements cover a substantial range of his bogus attacks, conspiracy theories, boasts and inaccurate information:

— Former president Barack Obama “did not want” to give surplus military equipment to police. Obama scaled back the program but still allowed specialized firearms, manned and unmanned aircraft, explosives and riot gear.
— Trump has “tremendous support” in the African American community. No polling shows this.
— Trump “insisted” the National Guard be used in Minneapolis to quell disturbances and Seattle officials “knew” he was ready to act with force if the city did not shut down protests. Local officials say neither claim is true; they acted on their own.
AD

— Obama and former vice president Joe Biden “spied” on his campaign and “knew everything that was going on.” Trump has made allegations of Obama spying since 2017, based on little or no evidence.
— The jury forewoman in the Roger Stone trial was “disgraceful.” The judge in the case rejected claims of bias. Tomeka Hart’s political leanings and activities were clearly known during the jury selection process, and not even Stone’s legal team tried to strike her from the jury pool.
AD

— Paul Manafort, Trump’s former campaign manager, was placed in “solitary confinement,” while Al Capone “was never in solitary confinement.” Manafort was in a “private, self-contained living unit” that was larger than other units, which included a bathroom, shower, telephone and laptop access, according to court records. Capone was eventually sent to the infamous Alcatraz prison, where he was stabbed and got into fights and, according to some reports, ended up in solitary confinement as his brain deteriorated from untreated syphilis.

— “We’re doing record numbers on the border.” In 2020, no records have been set, and border apprehensions spiked sharply in June.
— “We’ve rebuilt the military, 2.5 trillion dollars.” Trump frequently suggests this money is all for new equipment, but he’s just adding together three years of budgets, none of which is a record.
AD

So far during his presidency, Trump’s most repeated claim — 360 times — is that the U.S. economy today is the best in history. He began making this claim in June 2018, and it quickly became one of his favorites. He’s been forced to adapt for the tough economic times, and doing so has made it even more fantastic. Whereas he used to say it was the best economy in U.S. history, he now often recalls that he achieved “the best economy in the history of the world.”

That’s not true. The president once could brag about the state of the economy, but he ran into trouble when he made a play for the history books. By just about any important measure, the pre-coronavirus economy was not doing as well as it did under Presidents Dwight D. Eisenhower, Lyndon B. Johnson or Bill Clinton — or Ulysses S. Grant. Moreover, the economy was already beginning to hit the head winds caused by Trump’s trade wars, with the manufacturing sector in an apparent recession.
Trump has repeated this “best economy” claim more than 100 times just since the coronavirus emerged in China and sent the economy into a tailspin, robbing Trump of what he had expected would be his top sales pitch for reelection.
AD

Trump’s second-most repeated claim — 261 times — is that his border wall is being built. Congress balked at funding the concrete barrier he envisioned, so the project evolved into the replacement of smaller, older barriers with steel bollard fencing. (Only three miles of the barrier is on land that previously did not have a barrier.) The Washington Post has reported that the bollard fencing is easily breached, with smugglers sawing through it, despite Trump’s claims that it is impossible to get past. Nevertheless, the project has diverted billions in military and counternarcotics funding to become one of the largest infrastructure projects in U.S. history, seizing private land, cutting off wildlife corridors and disrupting Native American cultural sites.

Trump has falsely said 210 times that he passed the biggest tax cut in history. Even before his tax cut was crafted, he promised it would be the biggest in U.S. history — bigger than President Ronald Reagan’s in 1981. Reagan’s tax cut amounted to 2.9 percent of the gross domestic product, and none of the proposals under consideration came close to that level. Yet Trump persisted in this fiction even when the tax cut was eventually crafted to be the equivalent of 0.9 percent of GDP, making it the eighth-largest tax cut in 100 years. This continues to be an all-purpose applause line at the president’s rallies.
Trump’s penchant for repeating false claims is demonstrated by the fact that the Fact Checker database has recorded nearly 500 instances in which he has repeated a variation of the same claim at least three times.
AD

The Fact Checker also tracks Three- or Four-Pinocchio claims that Trump has said at least 20 times, earning him a Bottomless Pinocchio. There are now 40 entries, with the most recent addition being his false claim that he has spent $2.5 trillion on new military equipment.

The award-winning database website, created by graphics reporter Leslie Shapiro, has an extremely fast search engine that will quickly locate suspect statements the president has made. We encourage readers to explore it in detail.
Readers may also be interested in our new book, which was published June 2 by Scribner: “Donald Trump and His Assault on Truth: The President’s Falsehoods, Misleading Claims and Flat-Out Lies.” We drew on the database to compile a guide to Trump’s most frequently used misstatements, biggest whoppers and most dangerous deceptions. We examine in detail how Trump misleads about himself and his foes, the economy, immigration, the Ukraine controversy, foreign policy, the coronavirus crisis and many other issues. The book is a national bestseller and earned a starred review from Kirkus Reviews, which called it “an extremely valuable chronicle.”
AD

Note: The Fact Checker welcomes academic research of the Trump claims database. Recent examples include work done by Columbia University, Erasmus University of Rotterdam, University College London and the University of California at Santa Barbara. You can request our data files with an explanation of your research plans by contacting us at [email protected].
(About our rating scale)
Send us facts to check by filling out this form
Sign up for The Fact Checker weekly newsletter
The Fact Checker is a verified signatory to the International Fact-Checking Network code of principles