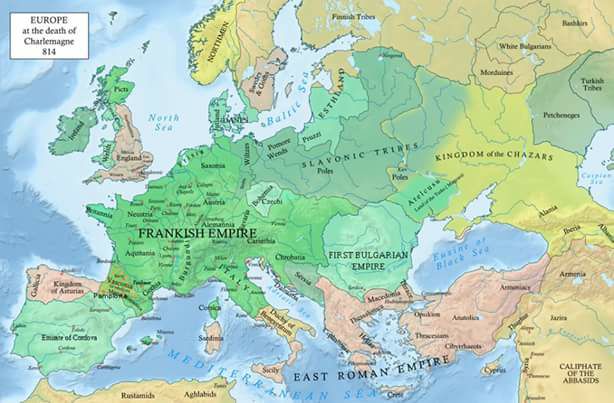 Greek authors consider Pomaks to be the descendants of ancient Thracian tribes which were in turn Hellenized, Latinized, Slavized, Christianized and finally Islamized. Those of them who stayed in the mountains succeeded in remaining ‘pure’ descendants of these ancient tribes and they have many Greek, if not Homeric, words in their vocabulary. Greeks even use anthropometric and ‘blood-group’ research to prove that Pomaks are very different from Turks and are similar to Greeks (Seyppel, 1989:42; Sarides, 1987 and references therein; Hidiroglou, 1991 and references therein). For Greeks, Pomak is a derivative of the Ancient Greek word ‘Pomax’ (‘drinker’) which reflects the Thracians’ known habit of drinking; and Achrjani is a derivative of the ancient Thracian tribe of ‘Agrianoi’ (Seyppel, 1989:48).

Bulgarian historians insist on the Pomak language, which is a variant of Bulgarian, albeit with some specific characteristics. This proves to them that Pomaks are Bulgarians who, probably in the XVII century, were forced to be Islamized; nevertheless, they remained crypto-Christians and have in fact preserved Bulgarian culture in its ‘purest’ form (Seyppel, 1989:42; Sarides, 1987 and references therein; Hidiroglou, 1991 and references therein). The Bulgarian view, in its basic elements, appears to be the most widely accepted outside the area (Wilkinson, 1951:314-5; Poulton, 1993). For Bulgarians, ‘Pomak’ comes from either the Turkish term ‘Pomagach’ (‘helper’), reflecting the social position of Pomaks in the Ottoman period, or from the Bulgarian ‘Pomochamedanci’ (‘Islamized’); as for Achrjani, it is supposed to come from Old Bulgarian ‘Aagarjani’ (‘infidels’) (Seyppel, 1989:47).

Finally, Turks base their arguments on the Muslim religion of the Pomaks. According to them, they are the descendants of various Turkish tribes (Pechenegs, Avars, Kumans) which established themselves in the Southern Balkans before the latter’s conquest by the Ottomans. So, Pomaks are the oldest Turkish population in Europe and, perhaps, ‘pure-blooded’ Turks (Seyppel, 1989:42; Sarides, 1987 and references therein; Hidiroglou, 1991 and references therein). The word Pomak, in this version, comes from Turkish ‘Pomagach’ (‘helper’) and Achrjani from the Persian word ‘Ahiyan’ (the known religious fraternities) (Seyppel, 1989:48). Pomaks in Greece prefer to subscribe to the Turkish version of their origins, in accordance with the Turkish national identity they have developed in recent decades. On the other hand, Pomaks in Bulgaria (usually called Bulgarian Muslims) are divided: some have Bulgarian leanings, others Turkish leanings while others have a separate ethnic identity.
Kliko për ta zgjeruar